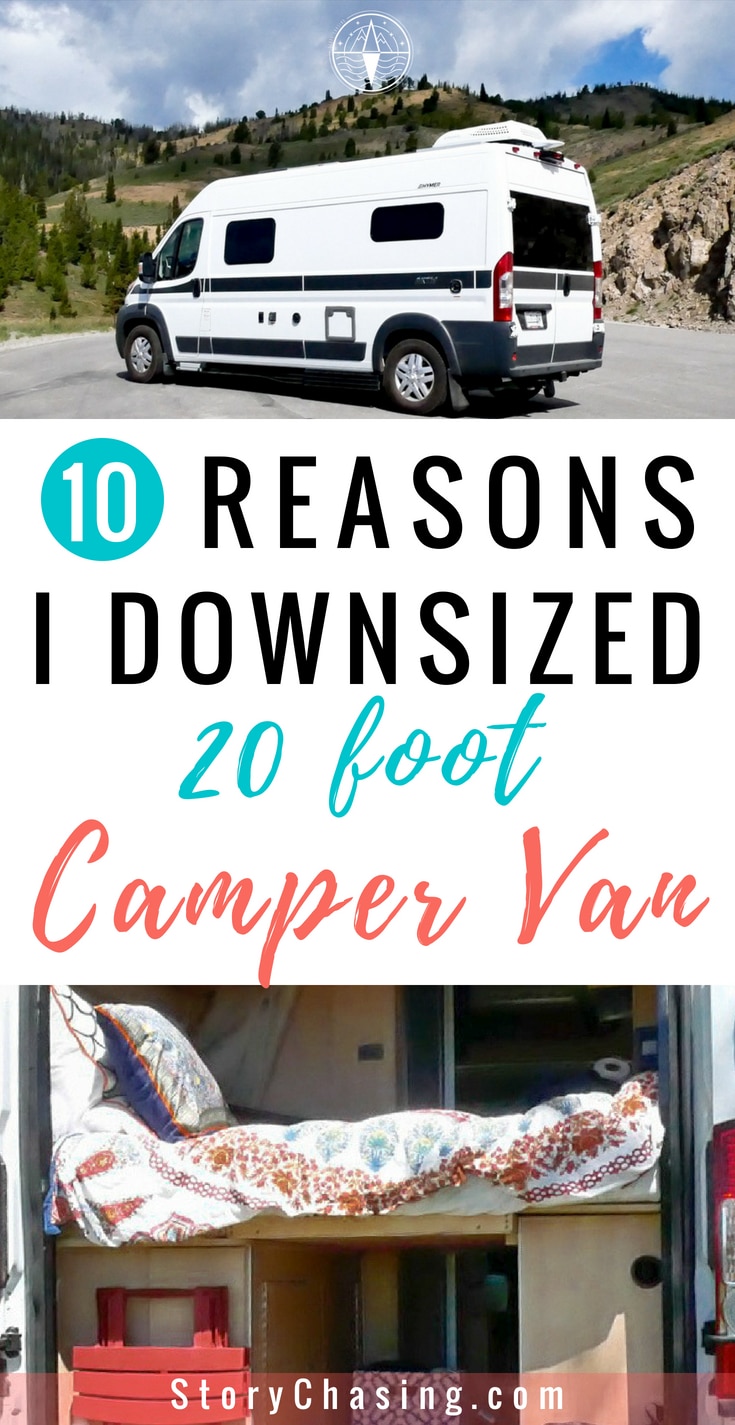 You all have been hearing me say for months that I really should downsize into a smaller RV considering my travel style and knowing I could downsize more – so I did it – I traded in my 26 foot Class C RV for a much smaller 20 foot Class B Hymer Aktiv 1.0 camper van.

I can hear the gasps now from my non-RV friends who thought moving into a 26 foot RV was – well – crazy. Now she’s in a 20 foot camper van?

One of my dear friends, when I called to tell her the news, thought I would be trading into a bigger RV, like a Class A. I know, it’s a shocker!

Truth is, I didn’t use all the space I had in the 26 foot Winnebago RV and so downsizing, purely from a spacial point of view, seemed perfect.

Then of course there’s the BIG reason I decided to downsize into a camper van, which I’ve been talking about for months in some of my videos, especially when I traveled on the East Coast.

Why I Downsized into a Class B Camper Van 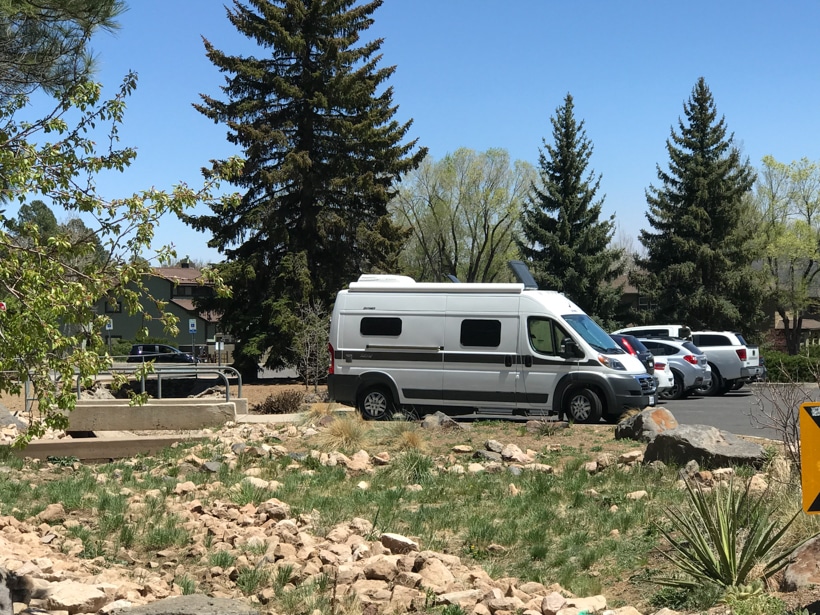 Though I just started this journey a year ago, I’ve known for about 7 months that I wanted to downsize. It was either that or buy a tow car, which might have been cheaper, but I really didn’t want to tow a vehicle nor did I want to purchase a trailer.

I needed a solution that provided me with even more freedom to explore. 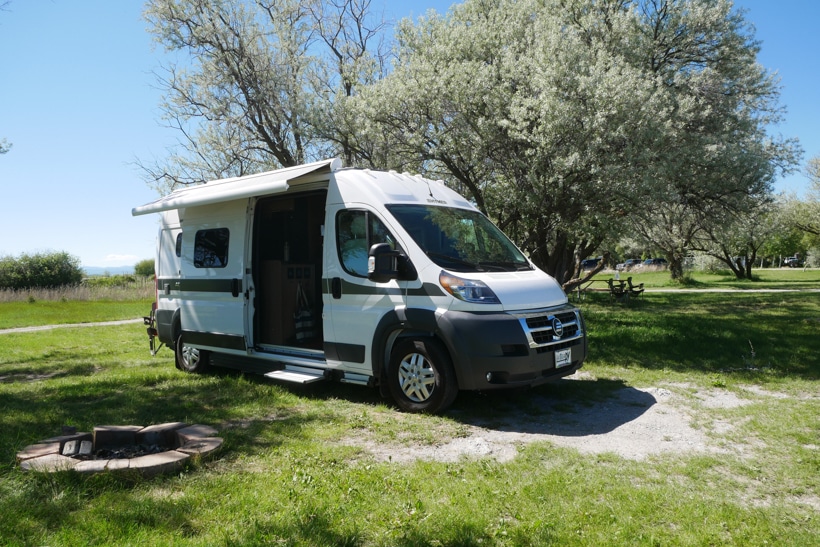 Getting to know so many other RVers and what solutions they have come up with made the decision easier for me on what I knew would be best for my situation.

Over the winter I met RVers who pulled trailers like the tear drop trailers, Airstreams, casitas, and longer trailers, traveled in camper vans of all sizes, drove Class C RVs like me but towed a vehicle behind, and then there were the big Class A RVs with tow vehicles as well.

Class A was definitely out since it was much bigger than my Class C.

Though I like the idea of pulling a trailer, unhooking and having a vehicle to go explore AND leave my campsite up, I just didn’t want to tow and instead liked the idea of being able to leave quickly and go.

Class C RVs were out since I already had one and the only other option was tow a vehicle. Again, same decision as not wanting to pull a trailer and having to hook and unhook the tow car. I would also lose freedom and flexibility to travel into some of those areas that I really wanted to explore without unhooking and leaving the RV somewhere. Just pulling into a grocery store as is in cumbersome sometimes and my 26 foot is considered smaller by most RV standards.

While all of these options are completely doable and you’re really giving up one thing for another – it’s just a matter of personal preference and the way you want to live and travel.

Lastly, there was the Class B camper vans that provided so many of the things I really wanted and would allow me to have the freedom to travel without restrictions.

Top 10 Reasons I Decided to Downsize into a Camper Van

When I was down south for the winter I found a dealer in Albuquerque, New Mexico and ended up purchasing from them in May 2018 – just one year after I started this journey.

I still don’t have a name for her, because I love my original name of Liz for my Winnebago. It’s the name of the author, Elizabeth Gilbert, who wrote Eat Pray Love, which completely inspired me to go out and create my own adventurous stories.

I was thinking Liz 2.0, but I dunno. Maybe she needs to have her own identity. Comment below if you have any ideas. I’m looking for something that really speaks to me and symbolizes my journey and the freedom this new camper van provides to me. 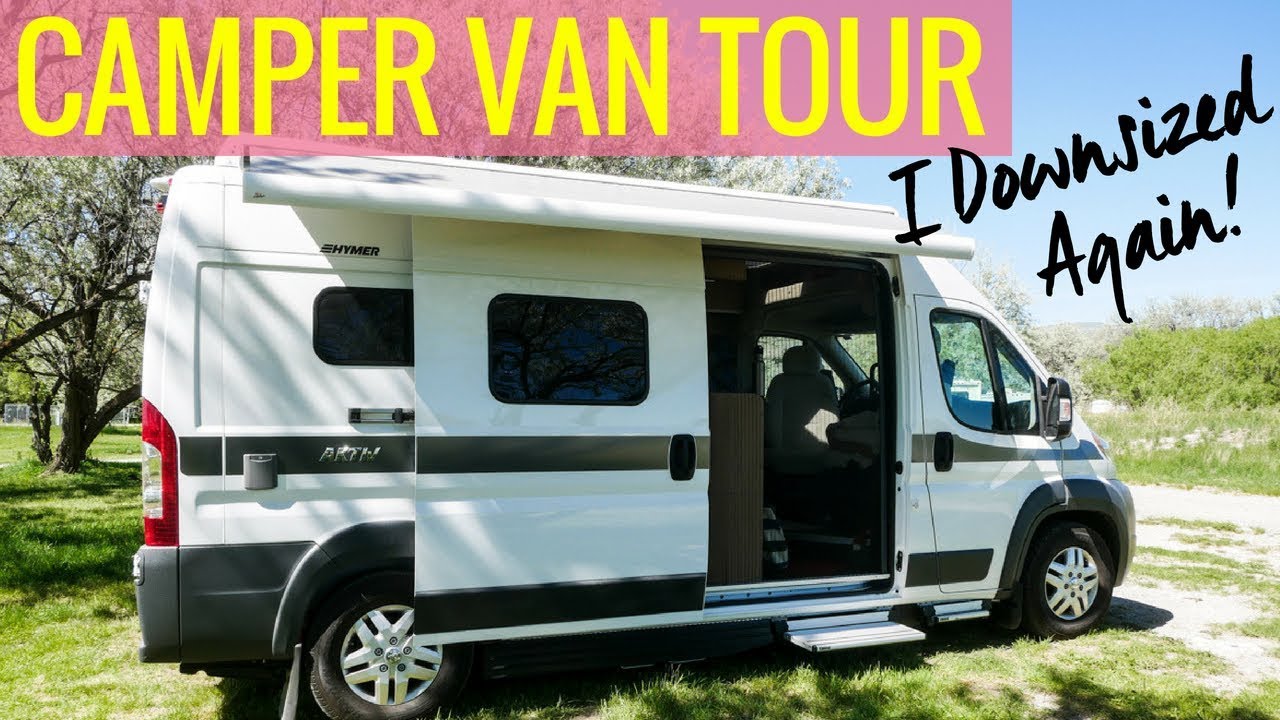 A Sneak Peek Inside the Camper Van

Blue Yeti USB Microphone – I use this to do the voiceovers for my videos. It's made such a huge difference in the audio quality of the voiceovers. It's smooth like butter! 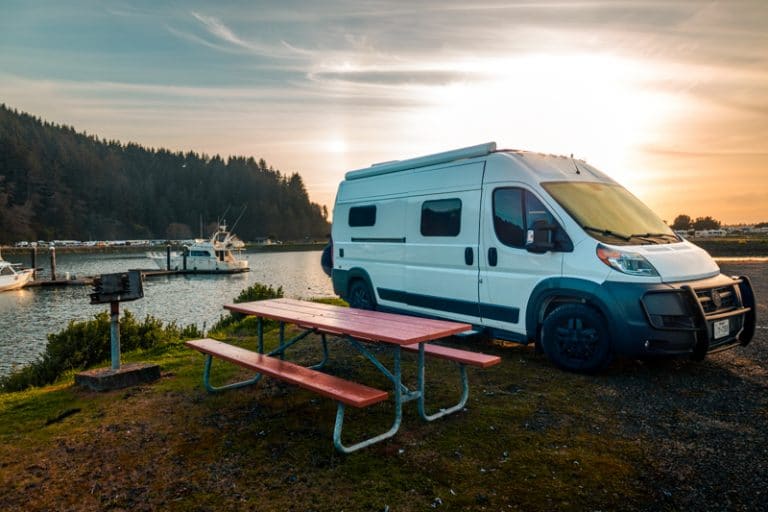 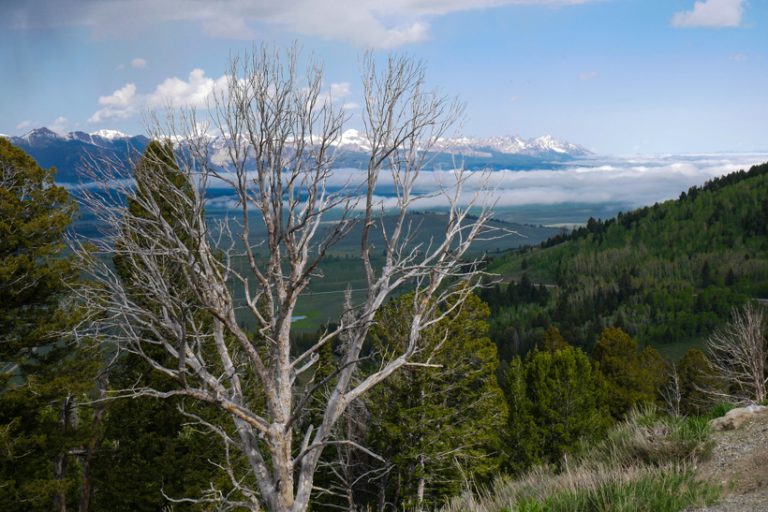 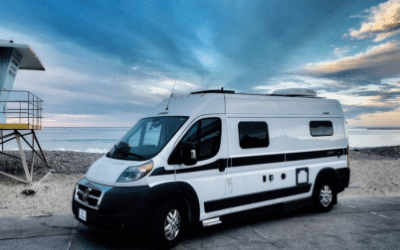 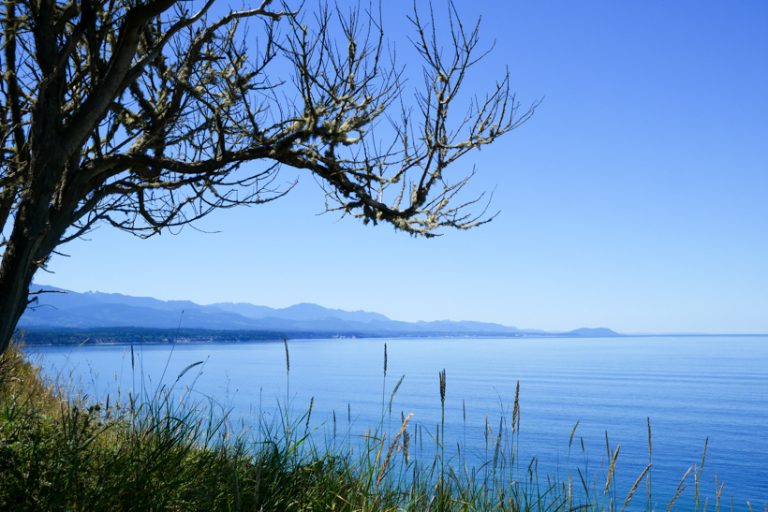 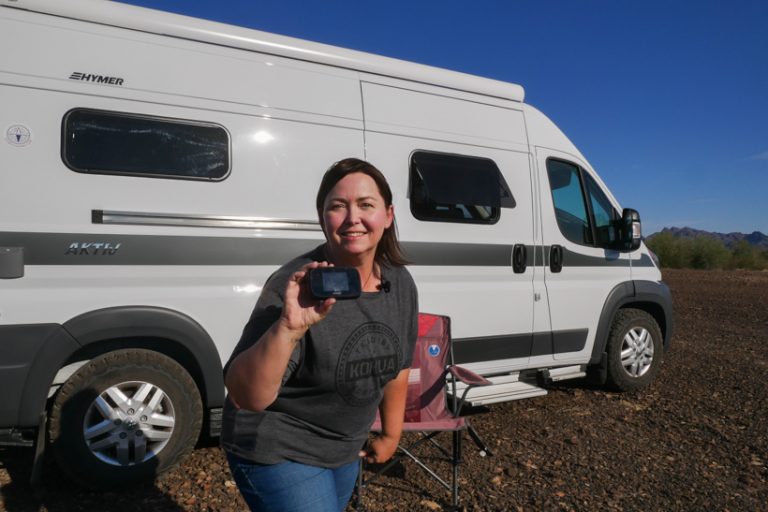