SumoSprings Installation Before & After on Hymer Aktiv Van

One of the things I noticed after purchasing the Hymer Aktiv van is the sway when you turn corners or when you go over bumps. I discovered SumoSprings bumpstops for the rear and spring coils for the front from other Hymer owners who had installed as well.

So I ordered the front SumoSprings coils and the rear SumoSprings bumpstops and found a place in Eugene, Oregon to install.

I hadn't owned the Hymer Akitv too long when I noticed that going around corners I would take them slower to feel like I'm not tipping a bit to one side. I'm sure this is the case with many vans and RVs; however, I thought it could be more comfortable.

Not having the SumoSpring bumpstops wasn't horrible by any means, it's that it could be better and have a better ride.

The SumoSprings bumpstops on the rear will provide a stiffer ride, so the van doesn't sway to one side or the other when turning corners as much. It will also reduce the bounce when going over bumps. 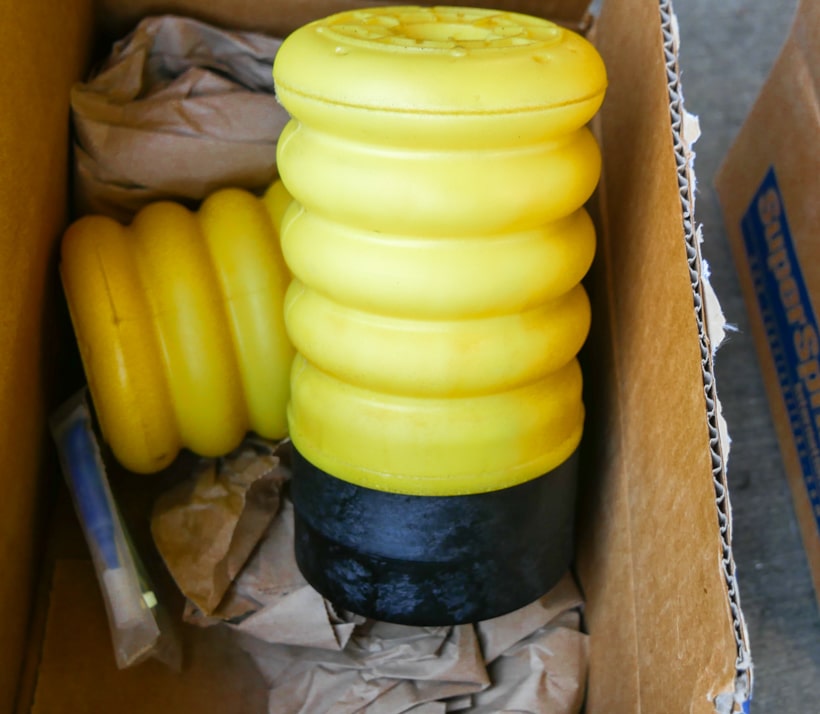 The third advantage to the SumoSprings installation is that it gives you a one-inch lift in the rear. Considering how low to the ground the Hymer is – having that extra one-inch clearance is worth the installation.

Installing the front SumoSprings coils will provide a more rigid ride but also might give you about a 3/4 inch lift. Fingers crossed. 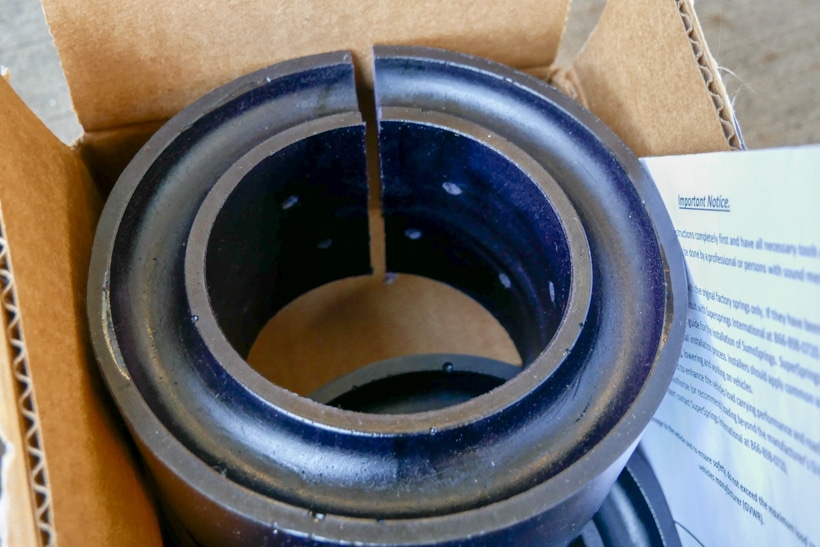 I found a company, Oakmont Service Center, while I was in Eugene, Oregon that could install the SumoSprings bumpstops on the rear and also the front SumoSprings coil which also will help to provide a more rigid ride.

Jacob did a fantastic job of installing the SumoSprings. He first read through all the instructions thoroughly, did a couple of tests before permanently seating the coil and the bumptops. 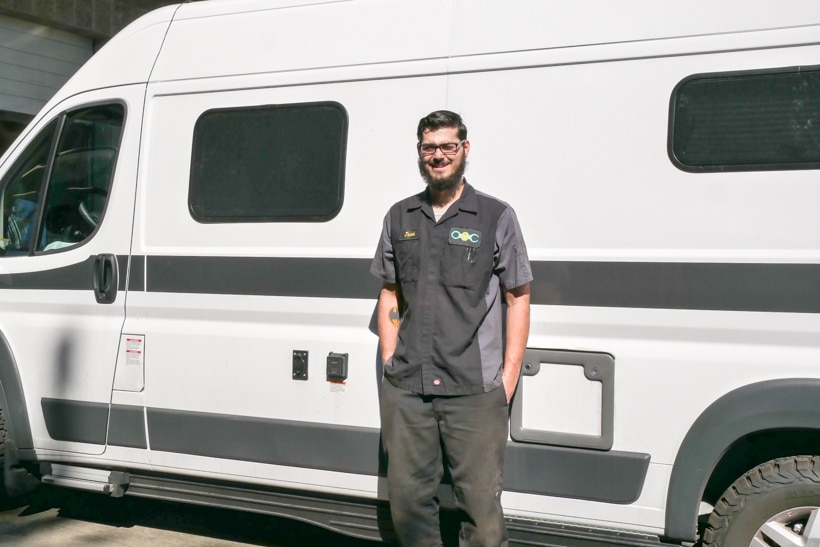 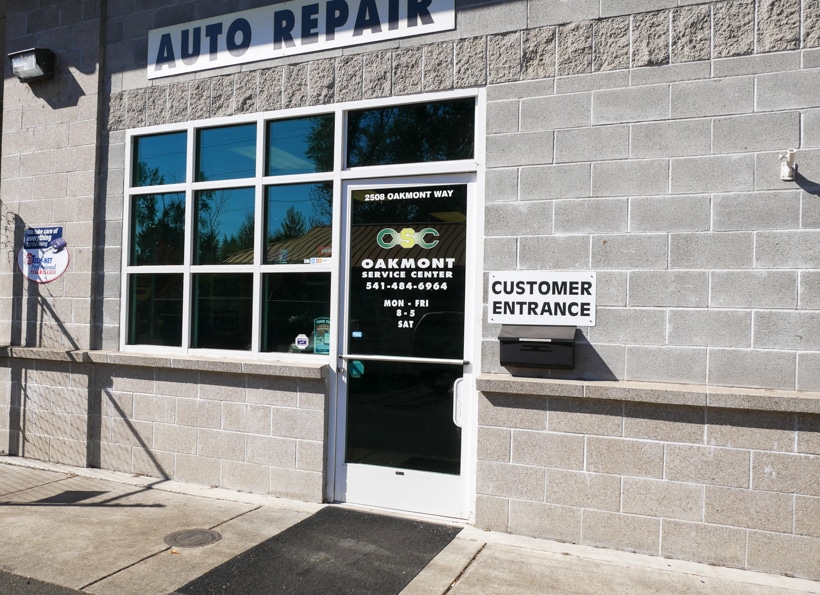 I couldn't have been happier with the installation. Make sure you watch the video to see the install.

Before installing I measured both the rear and front from the ground to the bottom of the wheel well molding to see how much lift I received after installing.

I had heard differing stories on whether you could gain ground clearance on the front. Some people said they didn't get any lift and others stated about 3/4 of an inch. I was hoping for something – anything- because the underhood generator is too close to the ground already and scrapes on the curb when pulling into parking spaces. Now I mostly backup into spaces so I don't accidentally damage the underhood generator.

After installing the front coil springs, it didn't provide any additional lift which is a huge bummer. However, the rear SumoSprings bumpstops provided an extra one-inch lift. Not only was it lifted one inch, but it also prevented that sway I was getting when turning corners. 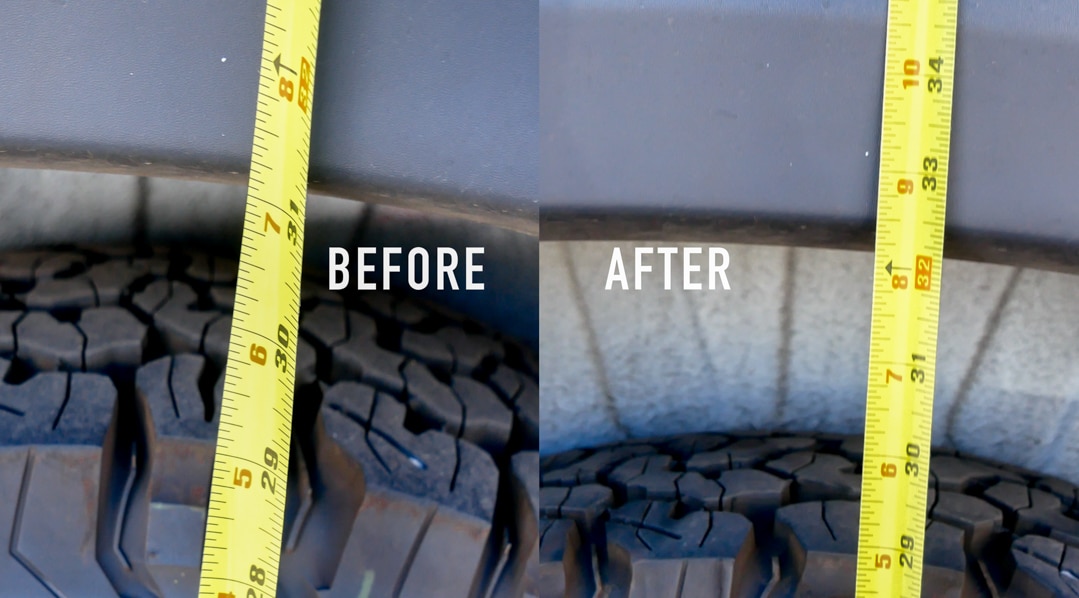 I have to say it's so much better now and I'm super happy with the SumoSprings.

I gave it a good workout while traveling down Highway 101 and 1 along the Pacific Coast Highway through California. I'm happy I had the SumoSprings installed before tackling that drive.

The maintenance techs had a concern that the bumpstops were touching the suspension which apparently can make the bumpstops wear down and might need replacing over time. My understanding was that SumoSprings were produced to be tough enough to handle the friction and were made to touch the suspension.

I'll provide an updated SumoSprings review after a year to see if there are any changes to the bumpstops.

Have you installed the SumoSprings bumpstops to your van or RV? What did you think about it long term?

SumoSpring Bumpstops: Bumpstops for the rear of the Hymer to get that one-inch lift and to reduce sway.